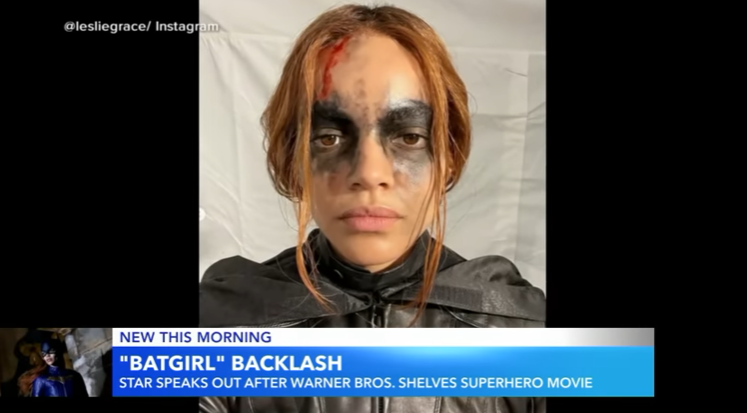 The “woke” world, that of the politically correct, of the “gender” and c has conquered the majors of the US show business. Disney, Amazon, Netflix are “Thing them”. The result? Very expensive and so bad films that they will never be seen in the cinema or in streaming.

The example? The latest idea from the bright minds of the majors was “Batgirl”, shot in a Glasgow transformed into Gotham City. The only respected element of the original is that here too Batgirl, as in the comic that inspired it, is the daughter of Commissioner Gordon. Everything else has been turned upside down in the name of the Woke and Gender theories. The actress chosen was 27-year-old Leslie Grace, an Afro-Latin singer who has had previous experiences only with participation in the musical “In the heights”. With good, beautiful and experienced actresses, the choice of a novelty was based on ethnic factors, certainly not for the quality of the acting, if this can have a weight in a DC comics superhero movie. Also, to be completely “Woke” a nice trans character has introduced who is secondary, but which is used to be able to hang a “Woke” medal on his chest. The result? Although producer and distributor Warner Bros has previewed it in streaming and in theaters for December: this film will never be seen by anyone! The results with the sample audience were so terrible that WB decided NOT to distribute it and put everything at a loss. The negative impact for the brand would be such that it was preferred to cancel it, put everything to losses and tax deductions, which will reduce the damage (a bit like in the comedy “The producer”).

I admit that, as a Star Wars fan, I wanted to see the latest Disney spin-offs and I found them incredibly banal and predictable, a program for not particularly acute children, precisely because of the pursuit of fairness. Too bad that life is not correct, and for this reason it is, paradoxically, much more interesting than these mediocre shows.

the funny thing is that the cinema, from the point of view of the spectator’s enjoyment and the result at the box office, is not dead: “Top Gun Maverick” was an unexpected success, even if it was nothing more than a good remake of the original of the years 80, with few concessions to Politically Correct, but many to the show and with actors who are not exceptional, but honest in carrying out their job.

We often talk about the crisis of the show: wrong, the crisis is in the scarcity of ideas and serious professionalism. Akira Kurosawa or Sergio Leone have been successful all over the world not so much because of their country of origin, but because they were incredibly skilled craftsmen, with a vision that they knew how to present to the public. Today we only have presumptuous people who pretend to take the chair and teach, without having learned anything of their profession. Yet they have tens of millions of dollars to destroy. Happy them.

Thanks to our Telegram channel you can stay updated on the publication of new articles of Economic Scenarios.