Maxi and widespread price increases, flights in fits and starts, but the desire for a holiday was really great after two years of uncertainty about travel and travel. So the first numbers that photograph the trend of the summer tourist season all indicate the beautiful building. Confcommercio today released a report from which one emerges full recovery for foreign tourism in Italy. It grows primarily the American tourism which, thanks also to strong dollarreturn to 2019 levels with 4.4 million visitors in accommodation facilities between July and Septemberthe Asian one is reduced, the Russian tourism. They return to the values ​​of three summers ago also i Spanish tourists which will reach one million presences in Italy. Also on the way are travelers who come from Great Britain. 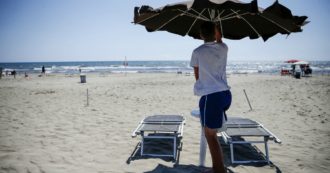 The summer of bloodletting begins: harassed tourists traveling, in hotels or camping and on the beach. Even pedal boats are increasing

As for the Germans, they expect more than in 2019 in the more easily accessible destinations with its own vehicles and on the road, a limited arrival to the South and Islands because of the difficulties that weigh on air connections. Not a small damage, considering that those with the highest average purchasing power usually arrive in the South. Overall, adds Confcommercio, the tourist spending of foreigners in Italy for July-September will be of 17 billion euros, thus returning to pre-Covid values, with a share of spending by Americans of over 2.1 billion euros, a value 20% higher than in 2019.

Two days ago the Demoskopika company estimated that between July and August they have been or will go on vacation over 23 million Italians . Holidays primarily bathing and “family”: the sea is chosen by 67% and over 6 out of 10 Italians on vacation they choose to stay as a couple or with other members of the family. The choice of the green vacation (mountain, lake and countryside) with the 21.5% preferences and cities of art and villages, the latter choice indicated by just under 9%. “Over 85% – explained the president of Demoskopika Raffaele Rio, opted for the hotel or non-hotel accommodation system with the “do it yourself” firm at 13.6%. Nature, relationship between quality and prices, discovery of the historical, artistic and cultural heritage. And, again, food and wine and the quality of the tourist offer, are placed at the top of the factors’ conditioning the choice of the tourist destination of Italians ”. Demoskopika therefore confirms the estimates released in recent months. “We can undoubtedly confirm them, but, at this point, we can also revise them upwards: over the whole of 2022 we expected a tourist flow of almost 343 million presences and just over 92 million arrivals, with a growth of 35% and 43% respectively compared to the previous year”Says the president again

Good news also comes from the sector of food and wine tourism, growing all over the world, so much so that a + 17% is expected every year over the next five years. The figure is made known today with the announcement of the fifth edition of the Food & Wine Tourism Forum, an event dedicated to the innovation of food and wine tourism, promoted and organized by the Langhe Monferrato Roero Tourist Board. From the officialized by the food and wine represents an Italian excellence, a leadership that, according to Ipsos, is recognized by 49% of the interviewees. France (22%) and Japan (16%) follow at a distance. A significant increase in tourist presences was also reported a few days ago by Milan’s police headquarters. In July they arrived in the Lombard capital almost 700 thousand tourists, with a 7% increase compared to 2019, i.e. before Covid. The arrivals of tourists in the city, let the Municipality know, have been registering a steady increase. In April they equaled pre-Covid levels with 587,717 arrivals; 626,742 rose in May; in June at 628.759 up to last month’s 696.338. 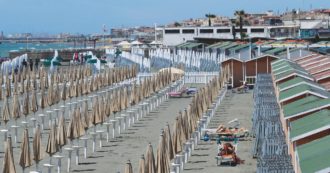 “I used to get 3 euros per hour to work 14. Better the call center”. “In high season 7 days a week with broken shifts for 50 euros per day”. The reality of the tourism sector disproves the rhetoric about “slackers”

Small side notethe sector does not seem to have been affected by the alleged “Staff shortage due to citizenship income” heralded from the four winds by many operators before the summer. Perhaps because, as the official data of Istat and Inps show, the hiring of seasonal workers is constantly increasing despite salaries and working conditions that are not always adequate. Especially in a boom summer.