The Turkish Ministry of Defense confirmed the departure of others this morning three ships loaded with grain from Ukrainian ports. Tass reports it. These are the ships Navistar, Rojen and Polarnet. Navistar and Rojen depart from the port of Odessa, while Polarnet depart from the nearby port of Chornomorsk.

Ukrainian Minister of Infrastructure, Oleksandr Kubrakov, stressed on Twitter the need to start “100 ships a month to be able to export the necessary volume of food products. ”On Monday, the first ship loaded with grain left the port of Odessa since Russia invaded Ukraine in late February.

The Turkish Ministry of Defense has announced that the three ships are directed to Great Britain, Ireland and Turkey. The movements of the ships are monitored by the coordination center set up in Istanbul where delegates from Ankara, Kiev, Moscow and the UN are present.

A fourth ship, the Fulmar S flying the flag of the Barbados Islands, it was inspected by delegates from Ankara, Kiev, Moscow and the UN. The boat is headed to the Ukrainian port of Chornomorsk where she will be loaded with grain for export. This was announced by the Turkish Ministry of Defense.

L‘EU evaluates alternatives to unlock 8 billion help
The EU Commission is working on “various options” to unlock the remaining 8 billion of the macro-financial assistance package for Ukraine agreed by EU leaders. This was indicated by the spokesman of the EU executive Eric Mamer. So far Kiev has received the first one billion euro tranche. The other 8 billion are stalled by Germany’s opposition to the required guarantee system. “We need to find sufficient guarantees outside the EU budget, with a coverage of 70%” and “this requires an agreement with the countries. We are working on it, it is not an easy package to conclude”, explained the spokesman.

THE SITUATION ON THE GROUND
Loud explosions were heard in the city of Mykolaiv, in southern Ukraine, around 6:58 this morning (5:58 in Italy): the mayor, Oleksandr Sienkevych, has announced, according to reports from the Kyiv Independent. A curfew in Mykolaiv, which will last until next Monday morning: the head of the regional military administration, Vitaly Kim, announced today, according to UNIAN. “Today I signed an order under which a curfew will be introduced on the territory of Mykolaiv from 11pm on August 5 to 5am on August 8, 2022,” Kim said in a video speech.

Read Also:   Sex is a little bit all the same

The Ukrainian armed forces liberated the village of Dibrivne in the eastern region of Kharkiv thus moving the front line. This was reported by the Eastern Operational Command quoted by Ukrinform. “The soldiers of the 93rd Kholodnyi Yar Mechanized Separate Brigade are advancing towards Izyum. The brigade has pushed the enemy out of the village of Dibrivne and moved the front line,” says the latest report from the Ukrainian Command, according to which the troops Russians were cut off from supplies. During the retreat, they abandoned their equipment but before leaving the land they undermined the village with anti-personnel and anti-tank mines. Yesterday the Ukrainian Armed Forces took back control of the village of Dmytrivka, also in the Kharkiv region.

According to the Kiev army, approx 41,650 Russian soldiers were killed in Ukraine since the beginning of the invasion. In its update on Moscow’s losses so far, the Ukrainian military indicates that 223 fighters, 191 helicopters and 742 drones have also been shot down. Ukrinform reports it. In addition, the Kiev forces claim to have destroyed 1,792 Russian tanks, 950 artillery systems, 4,032 armored troop transport vehicles, 15 ships and 182 cruise missiles.

Read Also:   Strong explosions near a Russian air base in Crimea

DIPLOMACY
Peace in Ukraine will be impossible without talks between Russia and the US. The Hungarian Prime Minister said so Viktor Orban at a convention of Republicans in Dallas, where Donald Trump is also expected over the weekend. “The strategy of globalist leaders intensifies and prolongs the war and diminishes the chances for peace”, said the nationalist leader, stressing that “only strong leaders are able to make peace”. 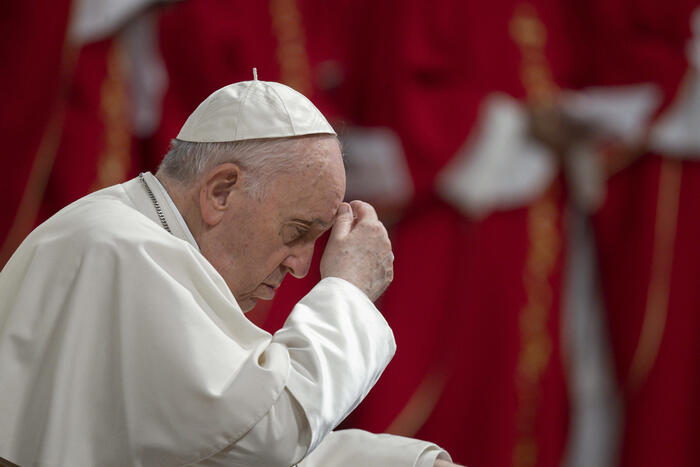 The Pope met with Metropolitan Antonij of Volokolamsk, president of the Department of External Affairs of the Moscow Patriarchate in the Vatican. It is the first face-to-face meeting with a Kirill representative since Russia invaded Ukraine. (HANDLE)