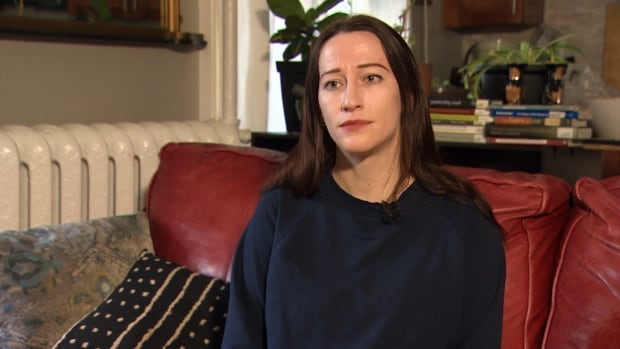 When Tiffany Campbell moved back to the East Coast after spending years working and saving money in Alberta, she had dreams of buying a house and raising her son in Nova Scotia. But after a few months, her plans changed drastically.

The 32-year-old says she was renovated from the first apartment she rented in Halifax. She and her seven-year-old son moved twice more in a year, searching for affordable housing.

And they still haven’t found it. Campbell says she’s spending more than 50 per cent of her income on an apartment in the north end of the city, where she and her son share a bedroom.

“By the time I got here, it was just impossible,” Campbell said. “I love this city, but I did not imagine that coming out here we would be put into this kind of position. Things are really kind of outstanding in Halifax. I didn’t imagine this for the Maritimes.”

Campbell came to Nova Scotia to pursue a PhD in social anthropology at Dalhousie University. She grew up on the East Coast and thought housing would be affordable in the region.

But despite having a full scholarship, two part-time jobs, no vehicle, and using her university’s food bank, she says staying in Halifax is untenable.

Campbell is among more than 30 young adults who have spoken to CBC News this fall and say they feel forced to leave the province they had hoped to build a life in, because rent is too expensive and they believe that owning a home is unattainable.

Some said they plan to move in with family in other provinces, or move where wages are higher. But the common theme is the struggle to find housing in Nova Scotia.

“It reminds me of what was happening when I was in high school… Lots of young people were having to go out West,” Campbell said. “It makes me sad because I feel like I’m constantly having to rewrite the story of my life.”

Rents increased the most in Atlantic Canada

According to data from rental accommodation website Rentals.ca that was analyzed by data firm Urbanation, rental prices in Atlantic Canada have increased by 32.2 per cent in the past year, making it the highest jump in Canada.

Though Nova Scotia has a temporary two per cent rent cap in place for existing leases, rent can be raised for a new lease if a tenant leaves or is evicted. Rentals.ca measures the listing price of unoccupied units.

According to a sample size of around 150 rental units in Halifax, Rentals.ca says the average monthly rent for a one-bedroom apartment in the city is $1,819, and the average for a two-bedroom unit is $2,240.

The company says that Halifax is the 18th most expensive city for rentals, in a list of 35 urban centers across the country. Some of the most affordable cities on that list are Edmonton, Quebec City and Regina.

“Halifax, for a medium-sized city, has had a lot of issues with housing,” said Paul Danison, content director at Rentals.ca.

“During the pandemic, a lot of people discovered Halifax and decided they wanted to move there, so that raised demand. Immigration is really high in Halifax, that also raises demand … there’s just not enough supply in Halifax.”

However the number of people leaving the province for other parts of Canada also hit a six-year high in 2021-22. People between 20 and 40 make up more than half of those moving to other provinces.

Average residential real estate prices in Nova Scotia have also been rising since the COVID-19 pandemic began, peaking in April of this year at more than $450,000, according to the Nova Scotia Association of Realtors.

While the average price of residential units has fallen since then to less than $400,000, it’s still almost double the average compared to five years ago.

Paul Kershaw, a professor at the University of British Columbia’s School of Population and Public Health, said the numbers are startling.

“Back in the mid 1970s when today’s baby boomers were young adults and came of age, it took about four years of full-time work to save a 20 per cent down payment on an average-priced home in Halifax,” Kershaw said. “If you flash forward to today, it now takes 12 years.”

Marius Normore, 29, and his partner started saving for a down payment on a home in Halifax in 2018, when average prices were around the $225,000 mark.

By mid-2022 the couple was still spending a majority of their income renting an apartment in Bedford, and felt like they would never get ahead of staying in Nova Scotia.

“The best analogy I can use is it’s like football,” Normore said. “You’re running toward the touchdown and the closer you get, the farther away the goal line moves.”

They aren’t alone. According to Statistics Canada data from 2021, 45 per cent of households in Halifax are spending close to one-third or more of their income on housing. That’s the highest percentage of any Canadian city, ahead of both Toronto and Vancouver.

Normore said for years he had been optimistic about staying in Nova Scotia, but “that optimism slowly turned to pessimism.”

“I am in no way the only person … going through this,” he said. “The majority of people that you know, my former co-workers around my age, we’re all in the same exact boat. We’re renting. We have no realistic pathway to home ownership at this point.”

So Normore and his partner made the difficult decision to leave. They moved to Newfoundland to buy a home, and got their keys in early November.

Kershaw is also the founder of Generation Squeeze, a charitable think tank that studies the impact of systemic problems across generations.

He said young people in Halifax are now facing the “affordability squeeze” that has long been talked about in British Colombia and Ontario, and it’s setting them back further than previous generations.

Kershaw said now is the time for policy change at all levels of government to prioritize housing affordability.

“We often joke about a younger demographic eating too many pieces of avocado toast or drinking too many lattes, or that they’re entitled, that they’re lazy. But that’s not the case. The data are clear,” he said.

“The younger demographic goes to post-secondary more, pays more for the privilege and starts with student debt more often, to land jobs that, after adjusting for inflation, pay thousands of dollars less.”

He said being unable to afford a home or pay rent can profoundly impact the lives of young people at a time when they may be looking to settle down and start a family.

“It has a huge impact on your mental health,” she said. “There’s just a massive amount of precarity in amongst my peers and myself, so that’s something that we’re all struggling with.”

I have tried to give all kinds of news to all of you latest news today 2022 through this website and you are going to like all this news very much because all the news we always give in this news is always there. It is on trending topic and whatever the latest news was
it was always our effort to reach you that you keep getting the Electricity News, Degree News, Donate News, Bitcoin News, Trading News, Real Estate News, Gaming News, Trending News, Digital Marketing, Telecom News, Beauty News, Banking News, Travel News, Health News, Cryptocurrency News, Claim News latest news and you always keep getting the information of news through us for free and also tell you people. Give that whatever information related to other types of news will be

All this news that I have made and shared for you people, you will like it very much and in it we keep bringing topics for you people like every time so that you keep getting news information like trending topics and you It is our goal to be able to get

all kinds of news without going through us so that we can reach you the latest and best news for free so that you can move ahead further by getting the information of that news together with you. Later on, we will continue

to give information about more today world news update types of latest news through posts on our website so that you always keep moving forward in that news and whatever kind of information will be there, it will definitely be conveyed to you people.

All this news that I have brought up to you or will be the most different and best news that you people are not going to get anywhere, along with the information Trending News, Breaking News, Health News, Science News, Sports News, Entertainment News, Technology News, Business News, World News of this made available to all of you so that you are always connected with the news, stay ahead in the matter and keep getting today news all types of news for free till today so that you can get the news by getting it. Always take two steps forward 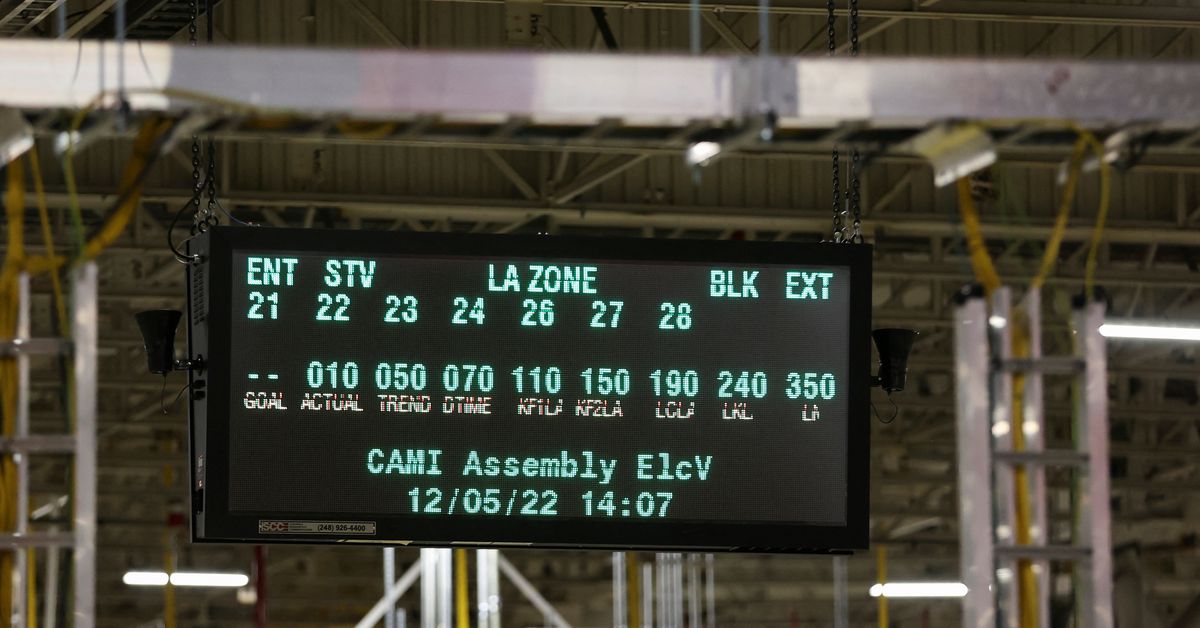 (Adds dealer quotes and details throughout; updates prices) * Canadian dollar weakens 1% against the greenback * Touches its… 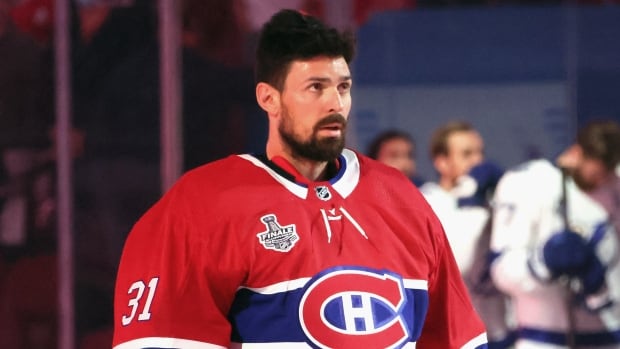